Christchurch Women’s Hospital’s Neonatal Unit (NICU) has a philosophy that where possible, breast milk is promoted as the milk of choice for babies, especially for those born preterm or unwell. To further support this philosophy NICU proudly opened New Zealand’s first Human Pasteurised​ Donor Milk Bank in February 2014.

The Human Milk Bank is located on the same floor as the Neonatal Unit with its own storage freezers and staff who undertake the pasteurising of the milk and administrative tasks.

Our milkbank shelves are low on stock!

Babies in Christchurch Women’s Hospital’s neonatal intensive care unit need your help. Our Human Milk Bank Manager Anthea Franks is appealing for donors to top up our supplies. Remember, you don’t even have to leave your house – we’ll come to you! We are able to pick up milk donations from if you live in or near Christchurch and there is a drop off point at Rangiora Hub for North Canterbury donors.

For more information about becoming a donor, watch our video and read the section on Becoming a Human Milk Bank Donor below.

If you are using an older browser and cannot see the video above, it can be viewed on www.vimeo.com instead.

The Human Donor Milk Bank is managed by a clinical nurse. A milk aide works alongside the clinical nurse, pasteurising and testing donated milk. They are involved in working with consenting donors and coordinating the pasteurisation and supply processes. They also monitor systems in place to ensure the safety and quality of donor human milk.

Together they work closely with the doctors, nurses, infant feeding specialist and dietician staff to identify both potential donors and babies eligible to receive pasteurised donor milk. A committee of dedicated people has worked hard to make this service available to a vulnerable neonatal population. They are known as the Milk Bank Executive Committee and includes the following staff:

The benefits of pasteurised donor milk are that the human milk, which is pasteurised for use, contains over 200 components that are useful for growth and health for an infant. It assists the baby to build a healthy immune system and also acts as protection from infections. It contains easily digestible proteins, reduces the risk of bowel problems in preterm infants and contributes to nervous system and brain growth.

Feeding a baby with another woman’s breast milk has occurred since time immemorial. In some cases it was merely a matter of convenience when mothers, particularly wealthy ones, did not want to suffer what they perceived as the ‘indignity of breastfeeding’, so wet nurses were employed and this became a thriving industry in some countries. Wet nurses provided milk for healthy babies who were able to actively suckle at the breast, but sick, small premature babies, who were unable to latch and breastfeed, were unable to benefit from being given to a wet nurse for nourishment.[1]

The first recorded milk bank opened in Vienna in 1909. Wet nurses expressed their breasts and this milk was given to sick babies. Now there are over 500 milk banks worldwide in 44 countries. The 1980s saw the decline of milk banks, not only due to the rise in HIV infections, but also partly due to the development of formula milks designed for preterm babies by industry. Although it was known that pasteurisation deactivated the HIV virus, (HIV did not result in a decline in blood banking) the perceived costs of screening potential donor mothers and the processes involved in donor milk banking, versus the easy availability of preterm formula, resulted in many, but not all, milk banks closing globally.

With increasing knowledge of the unique composition of breast milk and the detrimental health effects of formula milk, the interest in milk bank development has re-emerged globally. The protective components of breast milk such as the immunoglobulins IgA and SIgA, the anti-bacterial/anti-infective proteins lactoferrin and lysozyme, and the many oligosaccharides that provide bioactive factors, prebiotic, immunomodulatory & antimicrobial effects, have helped reduce necrotising enterocolits (NEC) and late onset sepsis rates in NICU babies.

​​From Donor to Baby – The Process

When donated milk is received it is stored in a holding freezer until a donors blood test results become available and the milk is cleared for use. Known as raw milk at this stage it can be stored frozen for up to three months until it is pasteurised. The raw milk is defrosted and each donor’s milk is pooled into two to three batches (milk from different donors is not mixed) for tracking purposes. The milk is placed in bottles and pasteurised using the Holder method – heating the milk in a water bath to 62.5C for thirty minutes and quickly chilling the milk to 4C. The milk is then measured into various sized bottles, and refrozen for up to three months for use in the neonatal unit.

The Sterifeed Pasteuriser holds up to eight litres of milk. Microscopy samples of milk are taken pre and post-pasteurisation from every batch and the milk is held in a ‘quarantine’ status until results are verified after forty-eight hours. A paper tracking and tracing inventory allows the milk to be tracked from donor to recipient.

The below video outlines the process.

The Milk Bank accepts breast milk from mothers who have surplus to their own baby’s requirements. Mothers are provided general information about becoming a donor and what is involved. Additionally mothers are asked to complete a health questionnaire​ and have a blood test to ensure that they are free from infections known to be transmitted in breast milk. If the mother is eligible to donate she will be asked to sign a consent form and given further information about the process of expressing, freezing and donating milk. A donor starter pack will also be provided.

See what some our Donors and Recipients have to say…

Donating to the milk is a rewarding and satisfying experience. It was a great way to get into a pumping routine and also became a bit of a personal challenge to see how many bottles I could fill. Very motivating.  Kerry Eppelstun 25/7/2019

I love being able to donate to such a worthy cause. They make the process super easy so it fits right into my schedule with my baby boy. Jess Ashton-Taylor 7/1/2020

Being a milk donor was simple and easy. It fitted in alongside what I was already doing. Regular pick- ups and open communication allowed for me to not fuss over what to do. If you have extra milk, I encourage you to join in. Theresa Waugh 12/12/2019

I felt so supported during donating. They made it so easy to donate milk, although you are a busy mum. Uncomplicated communication and pick up and you can always be sure it reaches to babies who need it most. Christin Mobis 24/1/2019

I was fortunate to be able to breastfeed and have surplus milk to donate. Having community pick-ups of frozen milk is so handy. Anthea made the whole process very easy. Unfortunately after starting solids my supply dropped so I was no longer able to donate.   However hope to be able to donate again in the future. Thank you for the opportunity. Kadie Price 27/9/2018

I was given a lot of information upon receiving the milk but I think there was some confusion amongst the staff over admin of donor milk. I was put onto a very strict pumping regime within 24 hours of giving birth because we received donor milk and it made my time in the hospital post-birth quite stressful. Kirrily Eppelstun 25/7/2019

Note: It is normal practice for all mums in the neonatal unit, who wish to breastfeed, to be encouraged to express 2/3 hourly during the day and once at night to achieve 8 expressions in 24 hours in the early weeks. This is based on good research that early, effective, frequent expressing helps to support a potential milk supply as the baby is either too premature or sick to breastfeed directly. It may seem harsh as a mother already has the stress of having a baby in the neonatal unit but there is more stress when mothers are unable to produce milk for their baby because their bodies weren’t stimulated to produce milk in those early days and weeks. 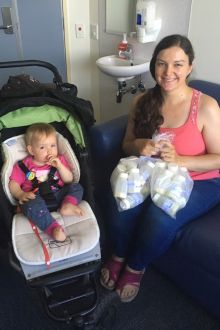 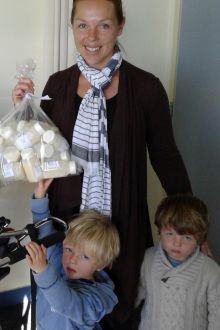 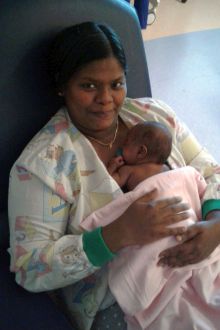 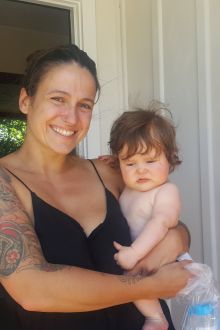 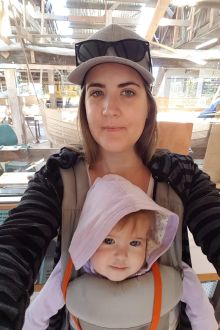 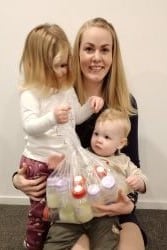 Currently only babies who have been admitted to the NICU and meet our standard criteria can be considered to receive Pasteurised Donated Milk (PDM). The supply to eligible babies is influenced by the availability of pasteurised breast milk. The criteria is regularly reviewed and updated according to milk supplies. Review the standard Human Milk Bank Criteria. This criteria is a general guide but other babies may be considered on an individual basis. The priority is given to those with significant risk factors for necrotising enterocolitis (NEC).

All babies should receive their own mother’s colostrum where possible as this milk helps the infants gastrointestinal tract transition from the in-utero environment to the ex utero environment.

The parents of a potential recipient baby will be approached and given information which will include the following documents:

Human Donor Milk For Your Baby

One of the parents (usually the mother) will be asked to sign the consent form and pasteurised donated milk will then be allocated to that baby.

What does donated milk mean to parents? 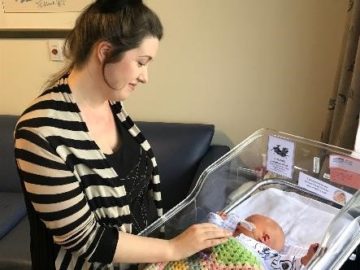 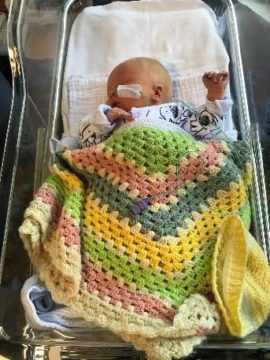 ​New Zealand’s first Human Milk Bank was possible through the generous support of the Canterbury Neonatal Unit Trust. They provided funding for pasteurisation and storage equipment making this service a reality for which we are very grateful. If you wish to support the trust which supports us, visit the www.canterburyneonatal.org.nz or contact them;

Parking is limited around Christchurch Hospital so this service makes life much easier for our donor mothers. 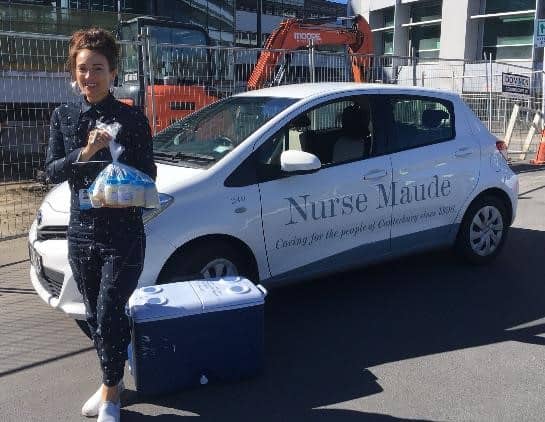 What may prevent a mother from being able to provide milk for her own baby?

Milk Banking is a common practice across Australasia & worldwide and is endorsed by the World Health Organization, societies within the medical profession and the New Zealand Breastfeeding Authority.

What are the benefits of pasteurised donor milk?

Pasteurised Human milk contains over 200 components that are useful for growth and infant health:

Is pasteurised donor milk safe to give to babies?

Donor mothers have to successfully complete a health screen and undertake blood tests to ensure they are free of known communicable diseases and infections. The Health screen also ensures that donor milk is free from medications/drugs and nicotine. Additionally the Donor milk is heat treated (Pasteurised) to ensure the milk is as safe as possible.

The medical team use the following criteria to assist in determining who can receive Pasteurised Donor Milk. The purpose of the criteria is to ensure that the most vulnerable of our babies are offered pasteurised donor milk following parental consent.

Is there a cost to receive donor milk?

Who can donate their milk?

Any mother producing more milk than their baby needs who successfully completes:

See  Human Milk For Our Babies for more information.

If I want to Donate what are the blood tests I will consent to?

The screening blood tests will include HIV 1 and 2, Hepatitis B and C, HTLV 1 & 2. HTLV 1 and 2 are risk factors for the onset of adult leukaemia and lymphoma. The blood tests are done at no cost to you.

Are donors paid for their milk?

No. This is a voluntary donation to help our most vulnerable.

Where can I find other information about human donor milk?