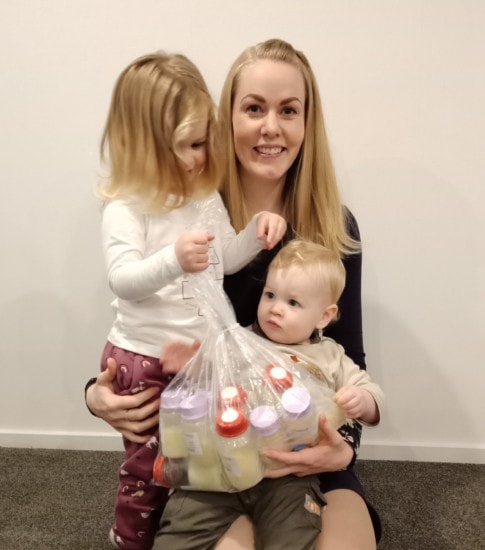 The human milk bank opened in February 2014 and has been providing neonatal mothers and babies with breastmilk from generous donor mothers ever since.

The aim of the milk bank is to support mothers who wish to breastfeed by providing pasteurised donor milk in the first week after birth until their own supply of breast milk establishes.

In 2019, 919 babies were admitted to the Neonatal Unit and 40 percent of these babies were supported by the milk bank with pasteurised donor milk.

Neonatal Staff Nurse Schol Obery says the seven year anniversary is a wonderful opportunity to celebrate and acknowledge the hard work and dedication of the DHB’s maternity staff and donor mothers.

“Seven years ago, we launched the first human milk bank in New Zealand with the goal of supporting Canterbury mothers to be able to access breast milk.

“To watch it grow into a service that now even offers a pickup service has really been a career highlight for me.

“The generous support we have received from the community, Canterbury Neonatal Unit Trust and the absolutely brilliant donor mums has never waned. I want to acknowledge and thank everyone for all the hard work that has led us here to our 7 year anniversary,” says Schol.

The human milk bank has also been instrumental in establishing a milk donation and ‘milk banking’ virtual network across New Zealand and held their first virtual meeting in October 2020.

They have provided tours of the milk bank, provided resources on how to set up a milk bank and shared screening resources and milk bank operational guidelines to centres such as Wellington, Auckland, Palmerston North and Blenheim.

If anyone is interested in becoming a donor, they should visit www.cdhb.health.nz/humanmilkbank to find out how to get involved and help our Human Milk Bank.