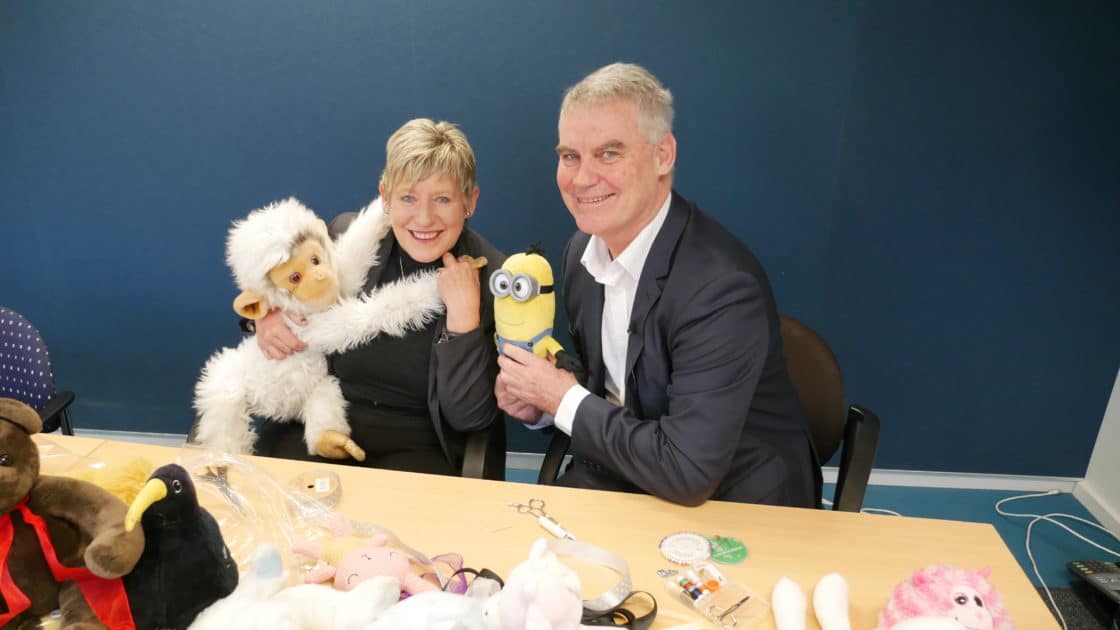 Hundreds of soft toys left at the Rolleston Avenue tribute wall and outside Masjid Al Noor in the wake of the mosque shootings have been given to young Muslim children in Christchurch as part of Eid celebrations.

The soft toys were among the mass of flowers, messages and tributes that residents and visitors to Christchurch left along the Rolleston Avenue frontage to the Botanic Gardens in the days and weeks following the tragic shootings, which claimed 51 lives.

In an initiative nicknamed Operation Ted, Christchurch City Council and Canterbury District Health Board worked with Canterbury Linen to have the soft toys sorted and professionally washed so they could then be given to the city’s Muslim children.

This morning the freshly laundered toys were handed out to children at a special celebration at Pioneer Stadium to mark Eid – the festival that marks the end of Ramadan, the Islamic holy month of fasting.

“These soft toys were given by children and families from across New Zealand and the world as a show of their love and support for all those affected by the tragedy that occurred in our city on 15 March,’’ says Christchurch City Council’s Principal Community Partnerships and Planning Advisor Claire Phillips, who has helped co-ordinate Operation Ted.

“As well as something to cuddle, they are an enduring symbol of the Kiwi welcoming spirit and all that is best about our community.

“We’re delighted that they are now going to new homes where hopefully they will bring some joy and comfort to their new owners,’’ Ms Phillips says.

Canterbury DHB Chief Executive David Meates says the DHB did not hesitate when the Council asked if it could help with laundering the toys, which had spent a few weeks exposed to the elements.

“The events of 15 March are forever etched on us as a community and every kindness contributes to the healing process. For days after the attack, the people of Canterbury especially, and many others, left gifts and messages of hope.

“Among those gifts, and particularly poignant as they came from children giving their most precious possession, were many soft toys – even one of my favourites, Kevin the Minion.

“To have the opportunity to keep that generosity alive, and gift it back to the community most affected by the tragedy has been incredibly heart-warming,’’ Mr Meates says.

Rodney Fisher, General Manager of Canterbury Linen Services, says agreeing to launder the toys was “absolutely the right thing to do.”

“We are acutely aware of the impact the mosque attacks had on the people directly involved and on the Christchurch community in general. One of our staff, a refugee from Sudan, had family and friends in the mosque during the attack.

“We have a culture of helping wherever appropriate and in this case we had the right equipment and the right staff to carry out the job. Our staff took great care in laundering the soft toys and the process worked out better than we envisaged, with the vast bulk of them coming through the process looking like new and smelling and feeling great. We’re really proud to have helped,’’ Mr Fisher says.