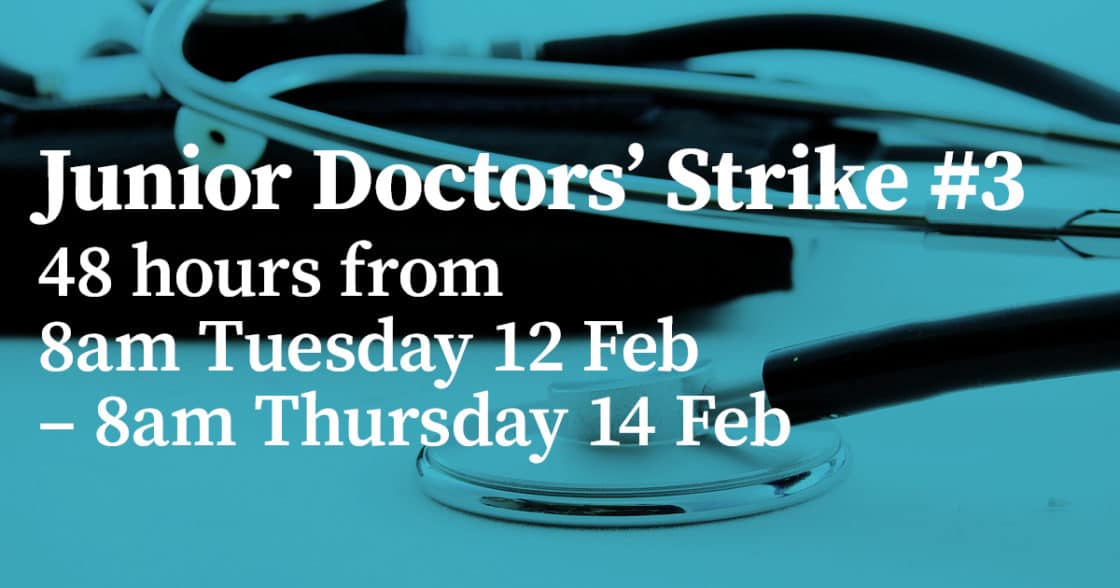 Members of the New Zealand Resident Doctors’ Association [RDA] are planning a second strike for 48 hours from 8am on Tuesday 29th January until 8am on Thursday 31st January 2019.

Canterbury DHB is well advanced in its contingency planning to ensure it continues to provide safe care during the strike period when we expect most Resident Medical Officers/junior doctors will withdraw their services.

“Canterbury people can help take pressure off emergency services during the strike period by phoning their General Practice team first for all non-urgent care. When you call your usual general practice number after-hours your call will be answered by a nurse who can provide free health advice. If you need to be seen, they can tell you what to do and where to go for #carearoundtheclock.”

“Some complex surgery planned for the days leading up to the strike will also need to be postponed, as well as some surgery and outpatient clinics on the 29th and 30th of January. Our contingency plans involve reducing the numbers of people in our hospitals. Some people may be discharged with in-home care and support where it’s safe and appropriate to do so.

“Our intention is to phone everyone affected by this strike, but we have also set up an 0800 number for people who want to check if their surgery or outpatient clinic appointment has to be rescheduled.  The number is 0800 778 226,” Michael Frampton said.