A message from Board Chair, Sir John Hansen

I am very pleased to announce that following a global recruitment search, Dr Peter Bramley has been appointed to the position of Chief Executive of Canterbury and West Coast DHBs.

Board chair, Sir John Hansen said through his various roles in health and management Peter has managed a wide range of challenging scenarios and has a proven track record in bringing about large-scale transformation.

“His reputation is as a people person, who can support and enable others to achieve great things,” Sir John said. “During his time with us as Acting Chief Executive he proved his relationship management skills and worked positively with all stakeholders from throughout the heath system. He has strong networks and familiarity with the sector. There will be opportunity for Peter to meet with current Acting CEO, Andrew Brant as required during January to ensure a smooth transition.

“The added bonus for us, is that Peter has already had a wonderful opportunity to learn about the Canterbury and West Coast health systems and meet many of our people. When he arrives in February he will be able to hit the deck running, as we have a big work programme.

“Importantly, Peter is aware of our financial situation and knows there are plenty of challenges and opportunities ahead,” Sir John Hansen said.

Peter Bramley said he’s looking forward to moving to Canterbury and starting the new role. “I enjoyed my time in Canterbury and on the Coast and know I’m going to be responsible for two very different DHBs – both have a wealth of talent, and both have complex, but different challenges. With fantastic teams to work with on both sides of the alps, I know we can achieve great things.”

“After a period of transition, I’m looking forward to being able to provide some stability and leadership to the teams. We have significant work to do, and I am looking forward to working with staff and the Boards to improve the health of the Canterbury and West Coast DHBs’ communities.

Peter’s first day with Canterbury and West Coast DHBs will be on Monday 15 February 2021. 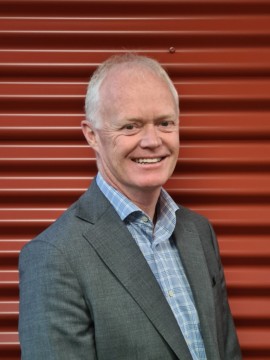 Peter has extensive management experience and an interesting career path. His academic career began at the University of Otago where he gained a Bachelor of Science in biochemistry and physiology. He worked for the Wellcome Medical Research Institute in Dunedin and at the same time completed a PhD in Medicine.  Dr Bramley lectured in biochemistry, first in Dunedin and then at the University of Canterbury in Christchurch.

Between 1999 and 2007 Peter held various senior management roles with the accounting software company, MYOB New Zealand Ltd.  In 2008 he stepped back into health as Service Manager of Surgical Services at Southland Hospital in Invercargill.

Peter is an energetic and passionate people manager, with a strong focus on the importance of accessing healthcare close to home and growing a compassionate workforce in the health sector.